It has the largest single studio in London, long enough to hold a cricket pitch, and two other substantial studios. Colet has been a workplace of many artists, notably Sir Frank Brangwyn RA (1867-1956) who described it as “a wonderful place… fit for Michelangelo himself…” and Sir Edward Burne-Jones RA (1833-1898) who was painting there to within hours of his death.

It was built on what was previously market gardens in what was then a leafy back water called Red Cow Lane, later to be named Colet Gardens. Its address changed to Talgarth Road in the 1960s when that road was extended to form a route to Heathrow. Colet Gardens got its name from the Renaissance scholar and Dean of St Paul’s, John Colet, who founded St Paul’s school in 1509. In the 1880s, when Colet was built, St Paul’s occupied local land and buildings in the immediate area, including land directly opposite now occupied by a further education college.

In the 1930s Colet attracted emigrés from post-revolution Russia and the ballet teacher Nicolai Legat from St Petersburg established his renowned school here, attracting dancers from all over the world. P.D. Ouspensky, philosopher, author and teacher of the Fourth Way stayed and lived here before and after World War II. During the war, the house was occupied by Naval Intelligence in support of General Montgomery’s D-Day Planning HQ – which was across the road at St Paul’s school. Later it became home to the Royal Ballet School, guided by Ninette de Valois and with Margot Fonteyn. The Study Society acquired the freehold in 1957. 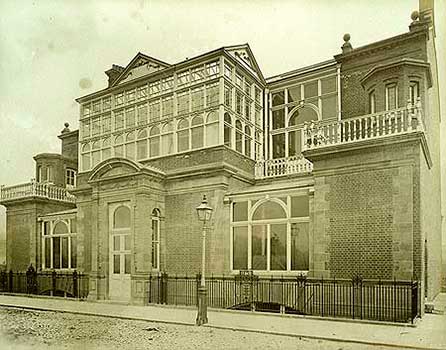 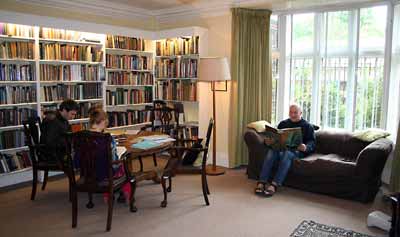 The library at Colet houses a unique and eclectic collection of some 3,000 books,  journals, and audiovisual resources. It is a valuable resource for those interested in Non-Duality and also the Arts, Science, Religion and Humanities in general.

Colet House is available for room hire to external organisations and those who share The Study Society’s values of inclusion, equity, and kindness.