What we mean by non-duality (Advaita)

Non-duality or Advaita (not two) is a philosophy of unity consciousness and supporting practices which hold that all is one and that separation is an illusion.

This is beautifully expressed in the following quotation from His Holiness, the late Shantanand Saraswati, Shankaracharya of Northern India who shared Advaita  knowledge and meditation with members of The Study Society for over 30 years:

“Before you can begin to be what you are, you have to come out of what you are not. You are not those worn out opinions, those turning thoughts, those changing feelings, that separate ego. Well then what are you? You will find, when you have come out of what you are not, that the birds in the trees are singing to you: ‘I am That….’ The water in the stream is bubbling to you: I am That….’The sun and the moon are shining beacons to you: I am That….’And you are everything in the world and everything in the world is in you…”.

Non-Duality is an ancient, practical, inclusive teaching that is of benefit to all. Though it dates back many centuries it is a teaching for all times, all people and all places.

The philosophy was revitalised by Adi Shankara, who lived in the eighth century. He set up four seats of learning in the North, South, East and West of India and appointed leaders in each named, after him, so in effect there was a ‘Shankaracharya’ for each region. Dr Francis Roles, founder of the Study Society and other members of the Society, visited the then Shankaracharya of the North of India, Shantanand Saraswati, for a period of over 30 years from the 1960’s, to the early 1990’s. The audiences and communications with H.H. are known as The Record.

The Record, along with other related publications, is the basis of the meditation knowledge shared by The Study Society. We also welcome and explore many  contemporary teachings and sources of unity consciousness. 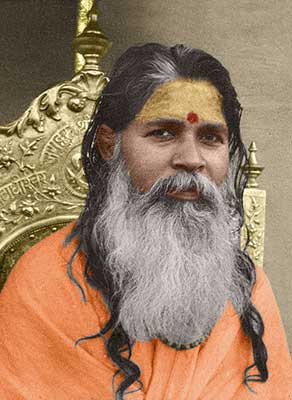 Discussion groups are offered each month by long-term members of The Study Society. They typically take place on the 1ST & 3RD SUNDAY of the month.

On MONDAY evenings we gather for Kirtan chanting, silent meditation and  presentations on non-dual themes of interest such as: ‘Beyond The Conceptual Mind’.

There are also a number of opportunities during the week for members and friends to join  silent on-line meditations in the company of like-minded people.

Our discussion groups and gatherings are facilitated by long-term members who have practised meditation for over 40 years. Participants are encouraged to share personal experiences and insights. We explore perennial non-dual teachings common to mystical Christianity, Sufism, Buddhism and other sources that are found to be of value.

The emphasis is for simple principles to be shared and appreciated in the company of like-minded people. Many who share and practise non-dual principles find greater meaning and peace in their lives. These gatherings provide a space in which we can all listen, reflect, press pause, and remember our true selves.

We also offer a number of opportunities for people to join silent group meditations. Our members find that there is a rather wonderful energy created when experienced meditators come together to ‘just be’.